The Complete Calvin and Hobbes (Hardcover) 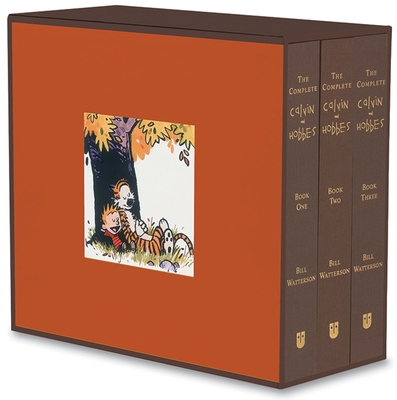 Join Calvin and Hobbes on all their adventures in this three-volume hardcover collection of every comic strip from the comic strip’s eleven year history (1985 to1996).

Bill Watterson is the creator of Calvin and Hobbes, one of the most popular and well-regarded cartoon strips of the twentieth century. Calvin and Hobbes appeared in newspapers from November 1985 until Watterson's retirement in 1995.